by admin
in Uncategorized
0

I had the privilege of meeting George and his family at the start of 2011. George formed part of our first Next Step class, which was a partnership with Lifestart Co-operative. The first group consisted of eight children aged from three and a half to five years.

George completed three terms of Next Step and was demonstrating a good ability to complete multi-step exercises, follow verbal instructions and execute complex gross motor planning drills. After observing George’s progress, we decided it was time to transfer him to our mainstream Soccajoeys program. Our mainstream classes are held in venues that can cause a sensory overload. There are also more children in each group, and classes run for an hour instead of 45 minutes.

We were surrounded by many challenges, and we must confess that there were some difficult moments, but there always is when a young child is exposed to a new environment. We persevered and George gradually began to excel in his new surroundings. He loved “the big game” and was a natural striker who always needed to score a goal or two, or three, or four! 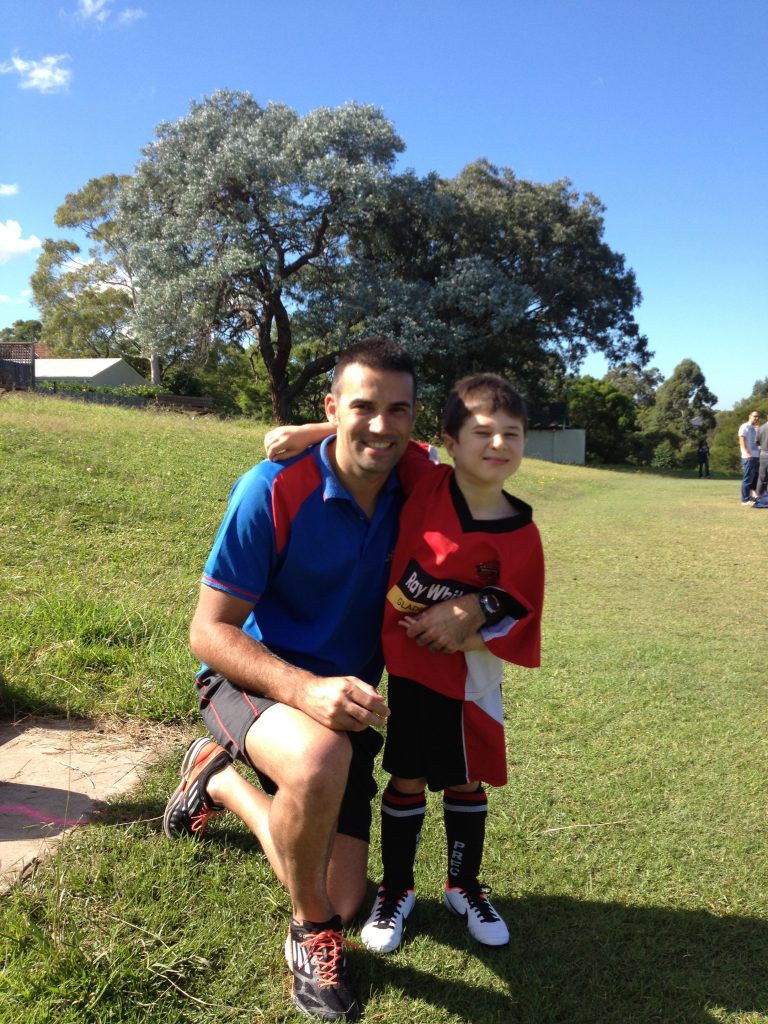 After completing five terms in our mainstream program and exceeding all expectations, it was time to progress to another level. It was the beginning of 2013, and we discussed the possibility of George joining a local soccer club. Having a mum that is incredibly supportive, full of encouragement and open to exploring new pathways, we registered George with his local Putney Rangers FC. George is now playing his second season for the Putney Rangers.

‘This program has enabled George to experience an amazing journey full of great achievements – being able to participate & contribute as part of a team in the local community & simply having fun with other boys of his age! With the right guidance, anything is possible!’

George is one of nine Next Step kids that are now playing regular weekend soccer with their local club. Below is a photo of George’s first day…

IT STARTS AT HOME…